When I was a building principal, Mikey was a student that exhibited some of the most extreme behaviors for a young student. He had already received three superintendent level suspensions before he completed third grade. Mikey had more days out of school than in school. The behaviors included many physical altercations with students and staff, destruction of school property, consistent and significant disruption of the classroom (and school), and eloping from campus.

As principal, I really should have been listed as the teacher of record for Mikey, since he was in my office every day for several hours. Mikey was off-task pretty close to 100% of the time. Nothing in my toolbox worked well to reduce the negative behaviors.

A colleague suggested that we give him a “special job” in the building with more responsibility than his behaviors had warranted. At first I thought this was a very bad idea. But what choice did I have? Nothing else had worked. Worst case scenario, this too wouldn’t work and I would be in no worse place than where I had started. I asked for his recommendation. He suggested that we put him in charge of announcing the buses at arrival and dismissal. I told him that this sounded like a really bad idea. The thought of giving Mikey a walkie-talkie seemed to be a recipe for disaster. Mikey used words that even made me blush. Each classroom had a walkie in it too. I could just picture the damage control that I would have to do after Mikey used a four-letter word for the whole world to hear. My colleague reminded me about what I had to lose and the fact that nothing else had worked.

I went digging in our school’s basement and found an old bright orange crossing guard vest (circa 1985), a really beat up “Lil Captain” badge, and a Radio Shack walkie-talkie. On Friday afternoon, I called Mikey down to my office. I asked if he would be interested in a job at school. He asked for some information about the job. I told him that we really needed help with buses arriving and leaving each day since Dr. P was really bad at it. Mikey agreed that Dr. P was really bad at it and he said that he would like that job. I gave him his uniform and asked that he report on Monday morning.

Very early on Monday morning, I heard a mini-van door slam closed. I looked out the window and recognized the mini-van and the student walking up our sidewalk. Mikey walked straight into my office with a dry cleaning bag over his shoulder. He sat the bag down and pulled out a perfectly cleaned and ironed crossing guard vest with a very shiny badge on it. Mikey put these items on and saluted me. He said, “Captain Mikey reporting for duty sir”. He then took out the walkie-talkie. It had a “Captain Mikey” label on it (his mom must have used a home labeling machine to make this for him). I looked carefully at him and realized that he was completely serious, completely excited about his new job, and had a big smile across his face (I had never seen him smile before).

Mikey was very successful with calling buses as they arrived. In addition, our dismissal process ran like clockwork with Captain Mikey on the job. I have to admit that he was much better at this job than I was. Captain Mikey expanded his job description to help younger kids as they crossed in front of the buses. He even became the king of giving fellow students high fives and morning greetings. Mikey’s behaviors reduced by at least 95% almost immediately.

Even students with the most challenging behaviors have the potential for turning it around. Mikey rose to the occasion, felt needed, experienced success for perhaps the first time, and his behaviors improved significantly. 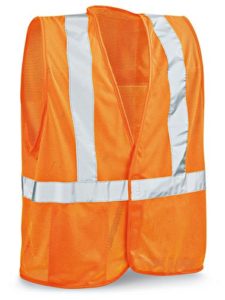 Five Educators Nationally Recognizes As An MVP! The Pickle Intervention

PD in My PJs